Give your users feedback for their actions. Especially if you are the one who asked them to do something. 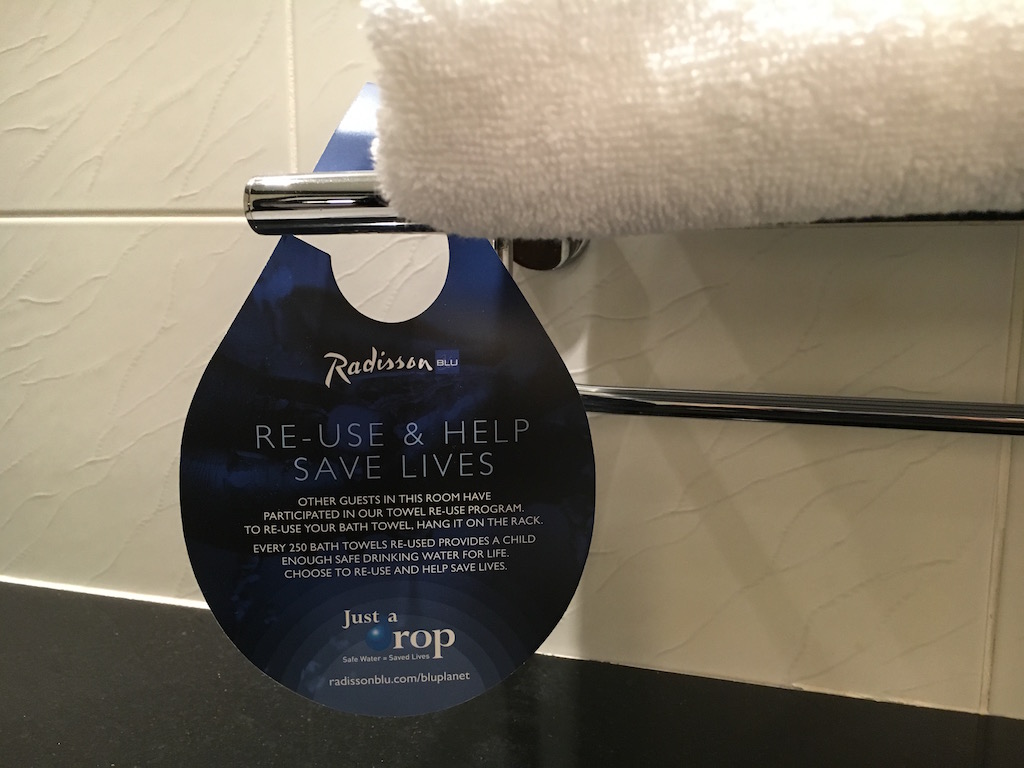 I’ve stayed at many hotels that have a sign like the one above next to the towels.

More often than not, I will do as suggested.

Did it work? Did I actually saved a little bit of water and energy? I have no idea. In most cases I had the feeling that the sign is there just because it makes them look environmentally aware, but they didn’t even believe in it themselves, and it doesn't actually change something.

That’s why I was positively surprised to find this today, hanging on the towel that I re-used, at the Radisson Blue Hotel in Lusaka. 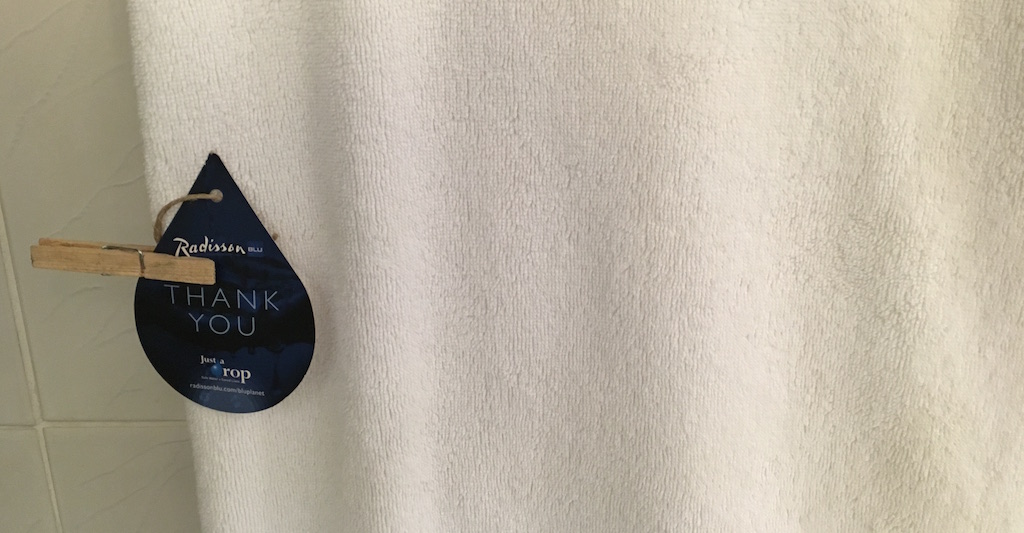 Feedback! A "simple" gesture, that told me that: