How many engineers in India vs USA?

We had this debate at the office the other day. "How many engineers does India produce, and what is the number for USA and other countries?"

Well, according to this post, there are about 1.1-1.2m engineers generated by the Indian education system annually.

And what about the rest of the world?

According to research conducted by the World Economic Forum (which excludes China and India due to lack of data), Russia leads the way, producing an annual total of 454,000 graduates in engineering, manufacturing and construction. The United States is in second position with 237,826 while Iran rounds off the top three with 233,695. -- via Forbes. 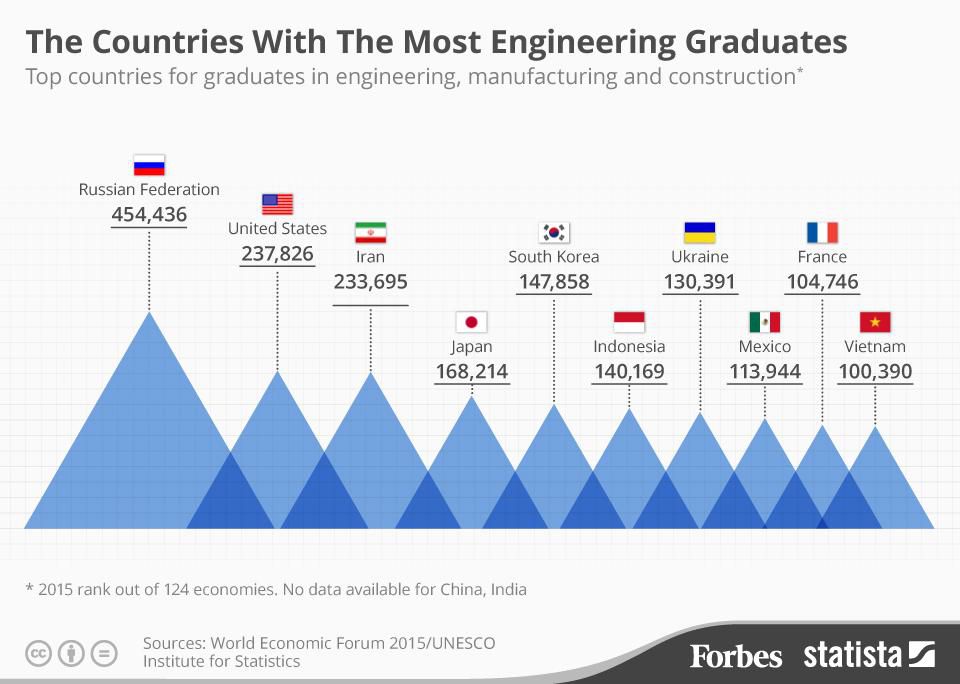