Don't write off Microsoft in mobile

Microsoft is in a tough place, but they may have the chance to disrupt the ecosystem.

The recent Nokia acquisition by Microsoft, as well as Balmer's resignation, spurred even more conversation about the future of Microsoft in mobile. I don't think anyone disagrees that Microsoft is at best in a very difficult position: they have a small market share, and what's worst, it's shrinking, and what's even worst, they don't look like they can get anyone excited about their products. 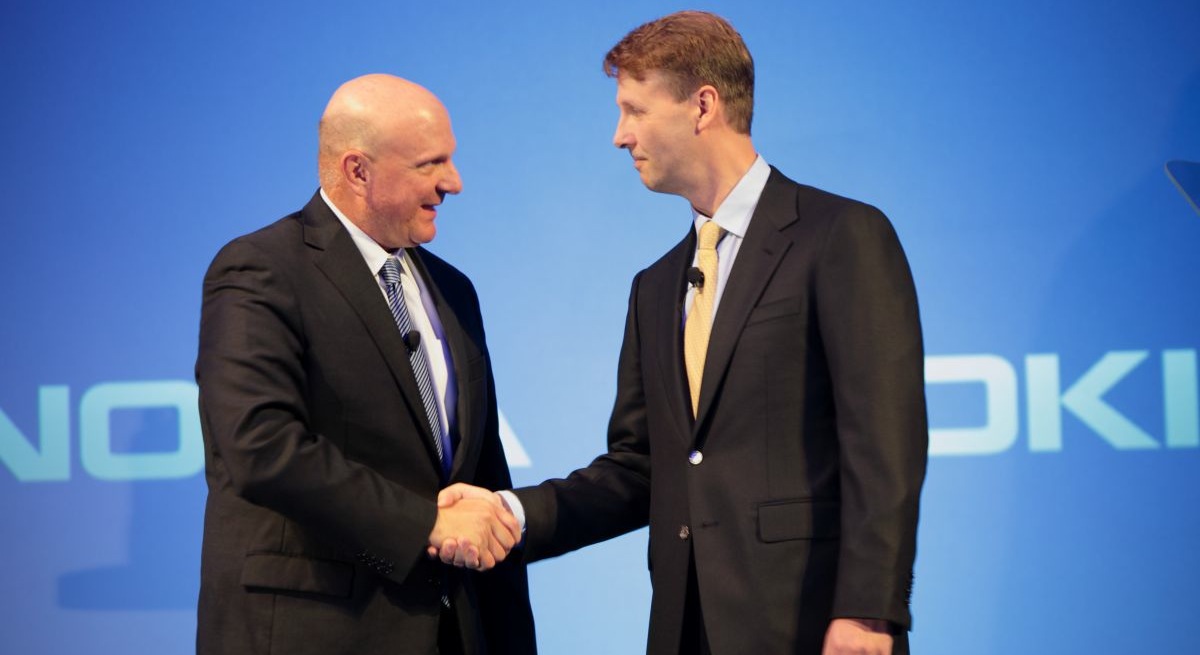 I'm not a fan of Microsoft, I don;t think I've used any of their products for many years, but I wouldn't write them off yes, and here's why.

Windows Phone 8: Almost everyone I've heard says that Windows Phone 8 is a good mobile OS. It ticks the right boxes, it has a decent app ecosystem -it just isn't iOS or Android.

Nokia: Nokia makes good phones. The Lumia series are nice phones, they have great cameras and they'd probably be a hit if they ran Android. By acquiring Nokia, Microsoft bought one of the top mobile handset manufacturers. They also bought time: Microsoft likes to think of itself as a stubborn company that will try again and again until they make it, now they don't have to worry so much that by the time they make it there won't be a manufacturer to make their phone. Plus, they now have full control over software and hardware and can design the hardware to fit their needs.

I know. This is not enough. But Microsoft has something more.

Skype: Skype is (to my knowledge) the most widespread messaging platform. It runs on all major desktop operating systems including Windows, OS X, and Linux, most mobile operating systems including Android, iOS, Windows, and also TV sets, game consoles, and other devices. It allows voice and video calls. It has multiple gateways, like skype numbers, and a great ecosystem of apps around it.

I think that Microsoft's opportunity lies in the combination of Windows Phone 8 (OS), Nokia (hardware) and Skype (video/voice messaging).

By integrating [1] Skype deep into Microsoft phones they would treat a user's Skype Number as a first class citizen: Call my Skype Number and my phone rings just as if you called my mobile phone number. But I can also pick it up from my desktop computer when I'm working on it, or my tablet. Such a phone would also make a good guess on whether it should route a skype call through the mobile operator or wifi. And when I don't want to use my mobile data plan, incoming and outgoing calls will be routed through a voice gateway. [2]

If Microsoft could present a phone like this, they could disrupt the whole telecommunications and messaging ecosystem: a mobile phone that is not dependant on mobile operators. And a unified messaging platform that supports real time text, voice and video and extends to most smart devices, from mobile phones to tablets, desktop computers, game consoles, TV sets, and more.

Mobile operators would probably hate something like this. But who cares what they think if you've got little to loose and your back against the wall? (Or maybe they should buy a mobile operator too.)

[1] They already have Skype integrated in Windows Phones, but I'm talking about pushing this integration even more.

[2] Most of this may sound familiar to Google Voice users, but even tough Google Voice has some impressive features, it looks like Google hasn't been working on it. And in many perspectives Google Voice is much less than Skype.