Now that I had my raspberry pi in a nice enclosure, I went on to set it up as my home server.

I setup dnsmasq to server as the local DNS, and as the DHCP server, avahi to advertise zeroconf services (afp and ssh in this case), and netatalk to server files over AFP to the Macs in the network and transmission (daemon+web interface) for torrents.

I also attached an external usb disk containing all our media files, mainly used by XBMC on the apple tv. The 4GB SD card can easily hold all the above, but of course media files need much more space.

It works like a charm. The raspberry pi server has now replaced the old mac mini (G3) that ran gentoo and did all this. The pi is silent and it’s always cool thanks to much lower power consumption.

I’ll probably take the SD card out and do a dd backup, in case I need to restore it -more on this soon. 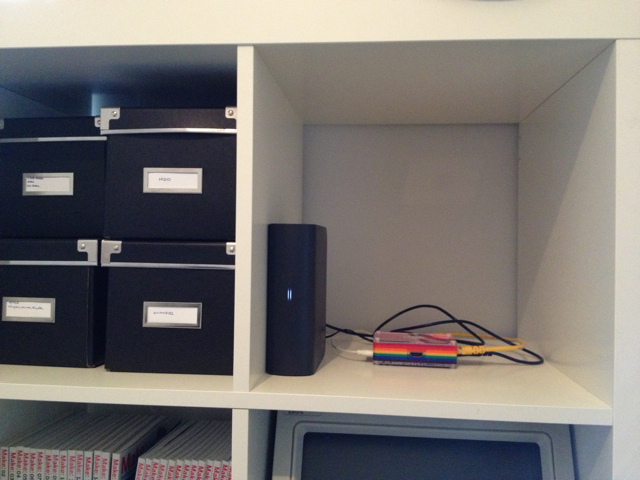